Touch 'n Go eWallet to double users and merchants in 2020

KUALA LUMPUR, 1 January 2020 - Being the relatively new kid on the e-wallet block, the Touch 'n Go eWallet shows that it means business by clinching the No. 1 spot in Malaysia.

Its aggressive user acquisition throughout 2019 bore fruit with a three-fold increase in its number of users to around 6.5 million.

The same goes for the number of merchants it has gotten on board its platform. It was only about 30,000 merchants at the start of 2019 and by the end of the year, the figure grew to more than 110,000.

In terms of number of transactions, it has also hit above the one million mark daily, in line with its 2019 target.

And the team at TNG Digital Sdn Bhd, which operates the Touch ‘n Go eWallet, aimed to replicate its 2019 efforts this year with a target to at least double what it achieved this year.

The year 2020 will be an exciting one for Touch 'n Go eWallet as it is set to roll out new features and also offer certain financial product services.

Chief executive officer Ignatius Ong said the company would push a lot harder in 2020 and the focus would be two pronged – getting both users and merchants on board.

“It's going to be another aggressive year but as it goes along, it will be a little easier because our name has breached into the Malaysian society quite well, ” he told StarBiz.

The Touch ‘n Go eWallet is one of the three that were selected by Khazanah Nasional Bhd to participate in the federal government’s RM450mil e-Tunai Rakyat digital stimulus and this is also where it hoped to further expand its user base.

Ong added that the company would also be working closer with its existing merchants to curate more beneficial campaigns for the users. 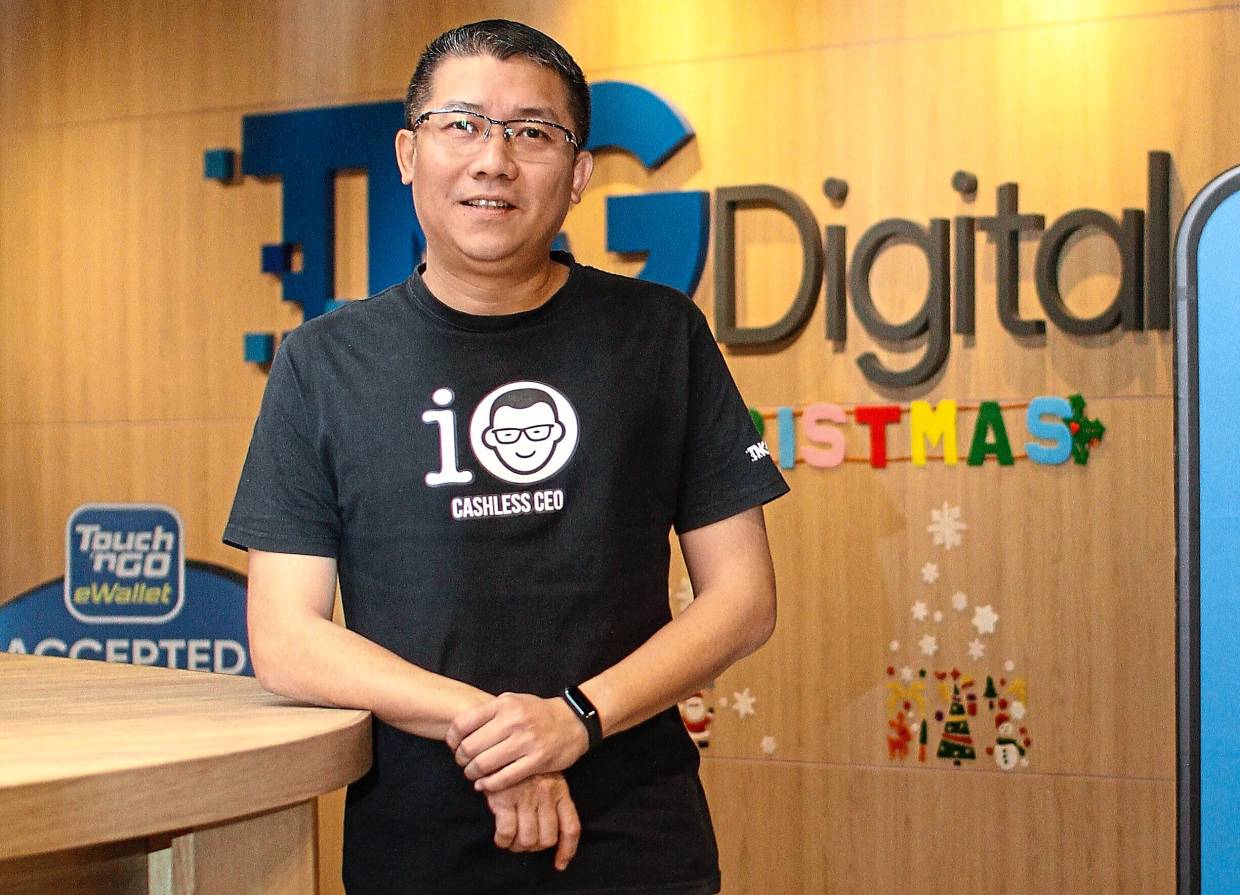 The Touch 'n Go eWallet has already onboarded some 50% to 60% of key accounts which comprises food an beverage outlets and convenience stores.

While its number of acceptance points in big brand names are increasing over time, it also wants to penetrate deeper into the small and medium enterprise sphere.

“We want to be in places like the roadside nasi lemak stalls, the foodtruck selling burgers, pasar malam and wet markets.

“It has to be the touch point that touches the lives of Malaysians. Hence we are that far-reaching, ” he said.

The year 2019 has been very aggressive among e-wallet service providers who have ramped up their efforts to acquire users in the forms of advertisements and cashbacks, which has certainly gone down well among Malaysians, due to its instant gratification.

While cashback is an expensive game, Ong believes it is a strong tool during this incubation period to get consumers to try the Touch ‘n Go eWallet for the first time and subsequently, for the second and third.

“Psychologically, once you’ve tried something three times and its seamless, it will continue to become a habit thereafter.

“It will then come as second nature, just like using cash. Today when you use cash, you don’t get cashback but users continue to use it because it’s a necessity, it’s an essential.

“The endgame is also about asking ourselves this question. What is our role as an e-wallet? We’re here to replace cash utilisation.

“Bringing out your physical wallet is going to be a thing of the past. The smartphone that is always in your hand is going to be easier and more seamless, ” he said.

Besides driving the country towards becoming a cashless society, merchants are also beginning to see how the hassle-free e-wallets are able to drive more revenue towards their businesses.

Ong said a campaign that was recently held with a F&B chain using the Touch ‘n Go eWallet saw the business’s revenue doubling during the period and in certain outlets, sales have even tripled.

“They see the value of having the eWallet and us effectively channelling more users to them.

“Some of our very close merchants have come back to us and they want to run another campaign and they are willing to fund it, so it becomes a win-win situation.

“It’s not just about cashback and luring them at this point in time but I think in the longer run, there is economic benefits for both sides, ” he said.

Ong also revealed that TNG Digital is also exploring and embarking on a long-term loyalty programme. It is also working closely with PayNet for the adoption of an interoperable QR code.